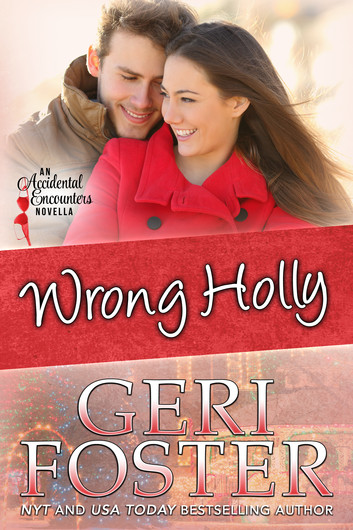 Newspaper reporter, Holly Morgan, loves everything about Christmas. As a favor to a relative, she agrees to attend a holiday party with a mystery man who needs to hide his sexual preference.

Texas Senator Josh Griffin is in town for a fund-raiser and to shake a few hands. When his beautiful escort shows up, he’s more than intrigued. Until she confides the only reason she’s at the party is to help him hide the fact that he’s gay. Josh is determined to prove her wrong.

After a magical night together, Holly decides to show Mr. Humbug what he’s missing. Sparks fly when she throws out a challenge and he picks up the gauntlet. He will accept, but she has to participate. Now they both have something to prove.

Can the Christmas Spirit survive in a fearful heart? Will Holly show Josh that once a year miracles happen, or will they say good-bye forever?