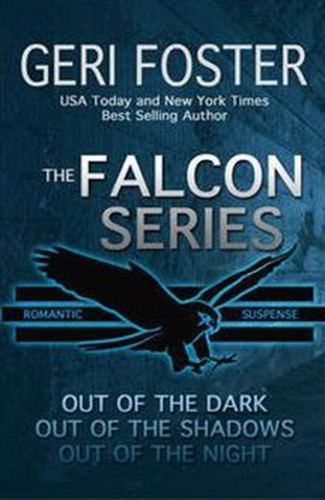 Falcon Securities Agent Brody Hawke sees the world from a tilted angle. His best friend, A.J., who saved Brody’s life is captured and diplomats are getting nowhere in his rescue. Brody takes over even though he knows his impetuous actions will ruin his career. He is not willing to abandon his friend to torture in a Mexican jungle hacienda. What’s Brody’s plan—kidnap a CIA agent and use her as bait.

CIA agent Kate Stone is fighting for her job and sanity after a failed attack in Iraq. She knows the truth is out there somewhere, but can’t prove it. Her life is torn apart when Brody kidnaps her. When she and Brody reach A.J., they learn the situation is more serious and far-reaching than they’d imagined. Brody, Kate and Falcon Securities must rescue A.J. and stop the assassination of the President of the United States.

Can Brody and Kate find true love in the mist of all the chaos? And can Brody accept what Kate revels about his past so he can finally reach out for a love of his own?

Abby Williams is a reporter who happens to be at the wrong place at the right time. One of Falcon’s agents is being held in the notorious Lubyanka Prison where experimental drugs were used to make him break under integration. The agent is a man Abby has a painful history with. A man who stole her heart and left her.