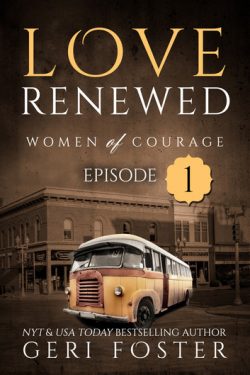 Return with Author Geri Foster to the Women of Courage, and become reacquainted with the people of Gibbs City, Missouri.